As April drew to a close several of the Friends noticed a strange new flowering in the Garden. The rhubarb plant, which was planted as a gift over 15 years ago, had begun to flower for the first time. Pictures were sent to the staff at the Royal Botanic Garden Edinburgh who responded with some interesting information.

Information from Dr. Greg Kenicer Botanist at the RBGE

“The plant looks like Rheum palmatum – Chinese ornamental rhubarb, with the cut leaves and that deep purple flush. That makes the flowerhead that lovely vivid red.

I think because they produce such a big flowerhead, that a lot of rhubarbs take quite a time to mature (several years). Other things that do that are often biennial – they just flower once then run out of food reserves. Rhubarbs as perennials probably need to build up reserves under the ground so they don’t burn themselves out. Following this, they can flower year on year. 20 years is a long maturation period, but you can think of it as a literal late bloomer!

Lots of factors can affect the flowering, so it may not flower again for a bit, but it depends.

It may be the nice warm spell we’ve just had that triggered it to flower for the first time.

Sometimes if they have a shock it makes them flower, and conversely, if they’re very content, with loads of organic matter and a good bit of mulch, they’ll flower. A tad unpredictable, but now it has the hang of it, it should do so again.

You can dead-head them, or leave it on for a bit of architectural stuff through the winter”.

Before lockdown started the Friends were working with RBGE to install a plaque explaining the relevance of this plant to the site. Obviously the plaque has been delayed but will read as follows:

ln the 18th century rhubarb was highly valued for its medicinal qualities, when it was used as a purgative. lmported from central Asia at great cost, there was a desire to find a high quality variety which could be grown in Britain and would have the same properties. John Hope, Regius Keeper of the Royal Botanic Garden Edinburgh from 1761 untll 1786, was determined to cultivate a suitable alternative to the expensive foreign plants. Through a contact who worked at the St Petersburg Physic Garden in Russia, Hope was sent the seed of Rheum palmatum. Soon he had it growing in Edinburgh, with 3,OOO plants in a field next to the Botanic Garden. He showed that the roots of the plant had the same medicinal effects as the imported variety. In 1782 he proclaimed that ‘now scarcely a garden in Scotland is without a rhubarb plant in it, the consumption of foreign rhubarb is considerably less, and annually a small quantity is sent to London’. The rhubarb that we grow domestically today is of uncertain hybrid origin and is cultivated for culinary rather than medicinal use.

Do have a look next time you are in the Garden; it might be a while before it flowers again! 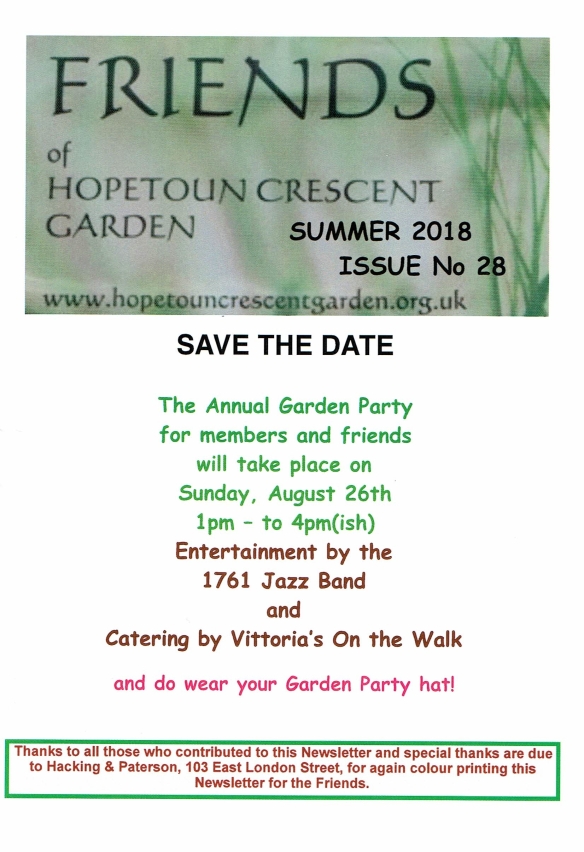